This week Big Brother drafted in family members to nominate on housemates behalf. It had been done before, and many felt it was daft, however may have provided a silver lining. 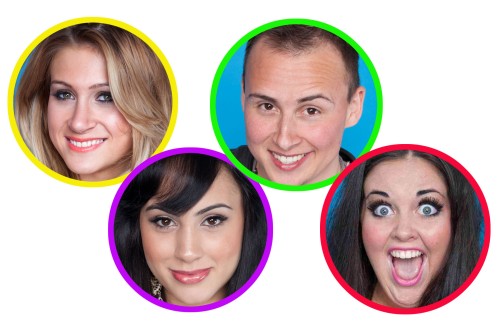 Four made it for eviction this week, were Ashleigh, Becky, Deena and Luke A all face the public vote.

Sara’s mother nominated Becky and Scott feeling they missed the vote last week and should face it this week. 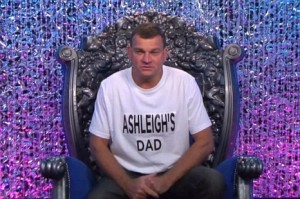 Luke S’ mother choose Luke A and Adam, as did Ashleigh’s burly dad. He blamed not giving her a cigarette as a reason to vote for them.

Conor’s girlfriend choose Luke A and Deena, as did Becky’s sister, while managing to stir trouble in the house, as the ‘outseeing eye.’

Luke A topped the board with five nominations while Deena, Ashleigh and Becky had three equally.

Rumour’s of a double eviction are high, and best suited.

Conor and Luke S selfishly chose to enter a task for a chance to win a surprise prize of high value. Only three of the four would be allowed to enter, so Scott sat out for Sara. The boys chose not to budge and repugnantly ran to the room in haste to get their suits for the task, which will give one of them a free pass to the final.

Viewers were said to be outraged by the production once again, as Big Brother UK is trying to turn the style to a more ‘American-ised’ format akin to its own Big Brother and the Survivor gameshow element.

Some fans claim middle earth Hobbit Ashleigh Hughes swears too much and “needs to go.” She was bookies favourite to leave last week.

This is where Big Bro UK has lost its niche on Channel 5. Fans cared for it having its own moralistic identity with integrity and value, on previous channel, Channel 4. Many claim 5 have ruined the show outright, led by backward production individuals, “going easy” on bad housemates and “highly editing” to save face and pocket cash from popular postcode residents in the household studio.

Last week’s eight man elimination saw nasty Caroline Wharram leave the house to mass jubilation. Wharram did not apologise for her actions of belittling people and dropping cruel insults and emotional abuse as well as racist comments. She was reprimanded once in minor fashion, though no action taken for none of her vicious behaviour, unsettling today’s society in the country.

She was loudly booed than anyone in the series’ of all Big Brother, while host Brian Dowling continued to insult viewers claiming “it’s all panto” in reference that all crowds “boo everyone” which is not the case.

Wharram, armed with a hairbrush

The fact they boo is solely down to the fact that they dislike the behaviour of housemates who have been bad in some form or another.

Dowling’s presenting has been classed as rotten and wooden, with no charisma, for which he was hired. Losing his touch, many wish to see Dowling removed from hosting duties, with sister show presented Emma Willis potentially taking over. 5 wanted to shake it up from a female presenter, not to seem copying the previous channel format with the exceptional Davina McCall, where it has constantly copied the rules and tried to alter them. 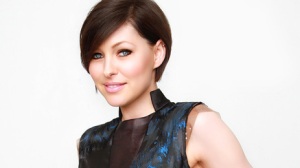 In a furore of the fracas from Channel 5/Big Brother’s inept production of the series so far, this result sparked immense fury among its fanbase.

The reason for Garrett being voted out of the Big Brother compound, was due solely to the fact that he had masturbated in the shower and toilet, a private space away from the remaining housemates, to which they objected and in hindsight, voted a guy out for having a wank, which most men do as a natural occurrence.

In a responsible fashion, the culprit, Benedict, who also cleared up after himself once doing said deed, choose to have a mature discussion with the younger, childish members of the house.

Ringleader Caroline, 20, with her witches coven of Ashleigh, Sara, and Scott, with others lingering nearby, chose to strategically rally her  numbers to vote and cost Benedict because they were childish to the fact a man, with levels of testosterone, chose to commit a sex act in private, in a purely natural manner. 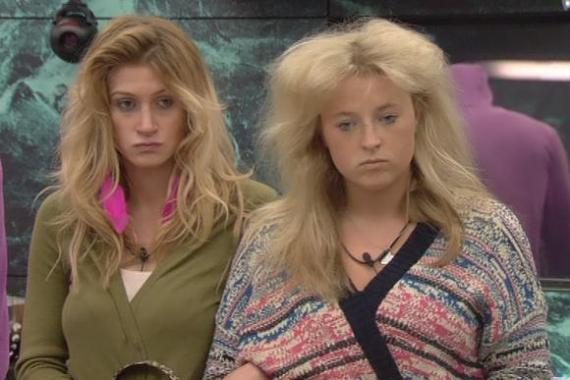 Caroline, seemingly friends with Lauren, instigated Carre’s downfall to face the vote, of which she has survived, for now.

All the girls had been hanging around, sharing time and with Lauren, until stabbing her in the back without her realising.

The Lady Macbeth of the house, with extreme birdnest hair, and an incandescent, lewd tongue, full of hatred, expressed with disgusted and pompous vehelemency, dictated the nominations, as Big Brother, on Channel 5, allowed housemates to openly discuss nominations. Some of her remarks of other housemates include “ghastly” “horrible” while claiming she felt “uncomfortable” and “victimised” by certain behavior.

Casting away the original concept that the series was built upon,and what made the show a roaring success, previously on Channel 4, instantly peaked as a shambolic setting for the nationwide institution that was Big Brother.

Big Brother, chose to finally disallow the continual daily talk of nominations shortly on Tuesday. Housemates nominated on Monday. Prior to this, in a task in which Arron Lowe, 23, caught a timebomb, quickly passed the contraption to Benedict, where the punishment inside contained a right to revoke Benedict’s options to cast nominations that week.

Causing the mass engulfment on micro blogging site, Twitter, fans complained in their thousands, which made Big Brother’s production finally consider they had dropped the ball immensely.

Technically, Big Brother should have changed the vote. They could have…

a) cancelled the eviction, refunded all previous votes, (as no one wanted either housemate to leave considering the rule change), and re-scheduled for Sunday instead, then,

b) Either nominated all remaining housemates, or,

c) the most legitimate choice, to place all housemates selected for eviction by the two who were nominated (Lauren and Benedict) to be up for the vote. Benedict didn’t nominate, therefore Lauren’s two choices should have been selected.

Big Brother neglected to change their ways, and as a result lost an extremely popular public figure and character in the house, creating interesting TV viewing also.

In aiming to Americanise itself, creating open nomination conversations to give more of a ‘game play’ choice, BB has now stripped all of its show to shreds. Many feel this is one reason adding to the cheapening of the show. No –one fully respects the show, its choices, nor its interest. Most turned off or didn’t bother watching after Benedict left the house.

If BB changed the vote, not for favouritism but for legitimate rule changing, it would have maintained whatever credibility it may have been able to retain.

Many knew it would fail on the Channel 5 platform, while others had hoped it would still remain a mild success despite its watered down treatment.

Channel 5 have a habit of pinching worthy named formats, and categorically, putting their stamp on it, yet watering it down also, then causing the show/s to become lacklustre.

They can’t be blamed entirely, however, as Big Brother’s new production takeover, with stubborn attitude and delay to act, may have cost them more than they truly realise.  Though some still watch, most feel neglected, robbed or bored of the series, with all interesting characters leaving the show in the first 3-6 weeks, which adds an air of idiocy to the fact their sole aim was to create interesting characters from the new branding of the show, more so this year.

Big Brother is in its second year on Channel 5 currently, with the last series, becoming dull and destructive.

Last year’s winner Aaron Allard Morgan,31, from Weston Super-Mare,  pocketing £50,990, claimed at least 4-5 contestants attempted suicide or had those tendencies because of the show. Barely any at all claimed this was a case with the Channel 4 production, which ran for 11 successful years.

Brian Dowling, winner of Series 2, popular celebrity and respected individual, an adequate choice, became the host with the new series on Channel 5, after the exceptional Davina McCall relinquished the duties once the show moved channels.

Dowling has come under scrutiny from some watching, as too scripted, jokey and lacking all round personality from the caricature possibly enforced by show bosses.

Upon eviction Garrett, who also looted a chair, left for one reason, he masturbated. Living in a society which chooses sympathy votes to unstable housemates, who go back to the same people who cause the insults and abuse, casts a gloomy shadow over the tangibility to the structure of the show.

The fact a grown man was evicted for doing a natural act, in a private place, encouraging sympathy votes to non-interest competition whilst allowing disparaging behaviour, and only condoning lame punishments such as “no hot water” or removal of curling irons, exposes the inadequacies of the show. The show should just be left to die peacefully. No good can ever come from Big Brother any more. Exhuming the format has now allowed the show to continue rotting to its very core, until it finally disintegrates after its odorous stench of festering decay fossilises the entire design.

This week, Benedict had received numerous hate messages on Twitter, and even had his account suspended yesterday, in an unexplained reason.

One source on Twitter claimed directly to me that someone working at Big Brother HQ had cut or closed the phone lines for Lauren. Either this was a lie to enforce votes, or a feasible reason. On Friday, Benedict was evicted. Either Big Brother did play dirty and then hoping not to get caught out manipulated the choice on the quiet. If not, then a lie was facilitated to enhance votes in a biased fashion. The source profusely claimed they were not lying. Looks like Big Brother has serious explaining to do.