The British Equestrian team jumped for gold in the four man event since 1952. Sixty years in the waiting, Nick Skelton, Ben Maher, Scott Brash and Peter Charles galloped to gold. 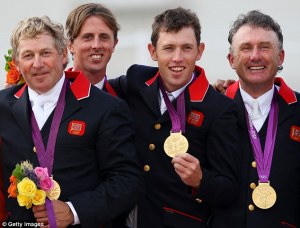 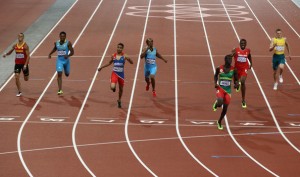 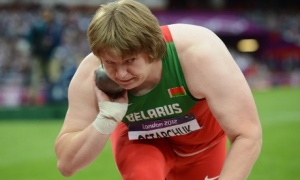 Nadzeya Ostapchuk of Belarus won the shotput with gold at a distance of 21.36. Valerie Adams of New Zealand and Evgeniia Kolodko of Russian came second and third. 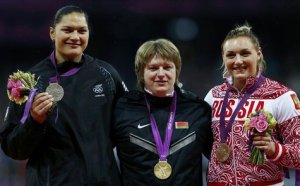 America’s Jennifer Suhr topped the pole vault with gold at a score of 4.75. Yarisley Silva (Cuba) aptly claimed silver as bronze was collected by Elena Isinbaeva of Russia.

Felix Sanchez of the Dominican Republic stormed to first in the 400m lifting the gold medal in an emotional race since Athens, where he won eight years ago. The 34 year old world champ speed up a 47.63 time, to steady first place.

Also in the track events, one yob, Ashley Gill-Webb, 34, from South Millford, near Leeds  hurled a bottle onto the track just behind racers ready to begin take off for the 100m final on Sunday. These are the people who get seats in the stadium, as opposed to those who contribute to society, yet aren’t able to gain availability. He was promptly dealt with and removed.

The Men’s rings saw Arthur Nabarrette Zanetti net a second gold for Brazil with a score of 15.900 as China fell in second with Yibing Chen on 15.800 to earn silver. Matteo Morandi took bronze for Italy.

Hakseon Yang won gold for Korea in the Vault, as Kristian Thomas was seemingly marked much lower down once again after two days ago, which should have been higher. Today Thomas entered 8th in the contest, scoring 15.533. Someone needs to investigate the panel. It is clear Thomas is being overlooked because he is muscly and deemed by ignorant judges as too big for the preferred size in the corrupt minds.

Kristian Thomas possibly disregarded due to size in the event

Regardless, and not to take away from others, Denis Ablyazin of Russia held silver as bronze went  to Igor Radivilov of Ukraine.

Aliya Mustafina for Russia took the uneven bars for the women to earn a gold medal. Team GB’s Elizabeth Tweddle held a competent third for bronze. China’s Kexin He took silver in a close call at 15.933 to Tweddle’s 15.916 scores.

Hungary have been on a mammoth session, where they dropped America in the event to continue their dominance as front runners.

Alan Khugaev brought a breath-taking 84kg gold medal back to Russia in an excellent display against Karam Mohammed, who sought a challenge just for the sake of it after losing the points cleanly to Russia. Khugaev had proved impressive for his stature in all rounds leading to the final, with a dominant presence in his attack, when needed. 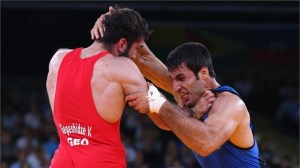 Vladimer Gegeshidze from Georgia took the bronze. In earlier rounds the Georgian was extremely frustrated after a point awarded to him was revoked by 2-1 from judges after the point seemed valid to the Georgian. However distressing scenes in temper came when Vlad went on the rampage in the Excel centre smashing walls and barriers when trying to exit the wrong way and met with security guards. It was not dignified to the sport, despite losing the round on a technicality that seemingly was his, nethertheless. Not everyone in Wrestling is like this.

Zaur Kuramagomedov also put a strong effort in earlier stages for the events.